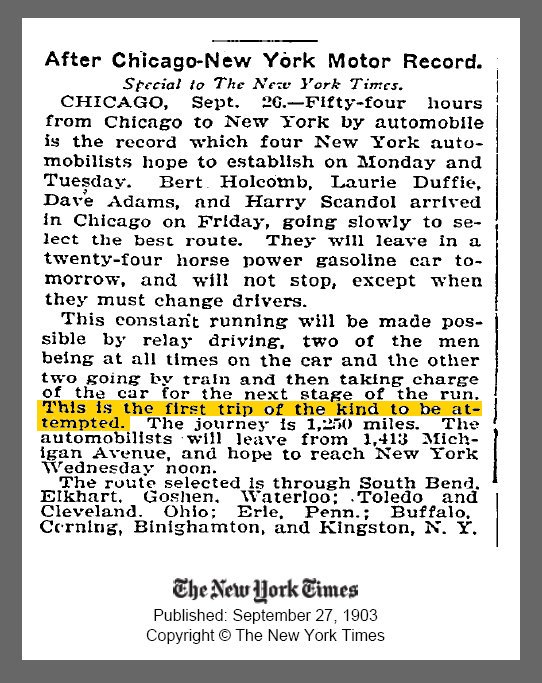 While the 1903 record would be 22 hours longer than anticipated, their run made just one year later (in 1904) would be, as noted on the previous pages, only four and a half hours more than this original plan. 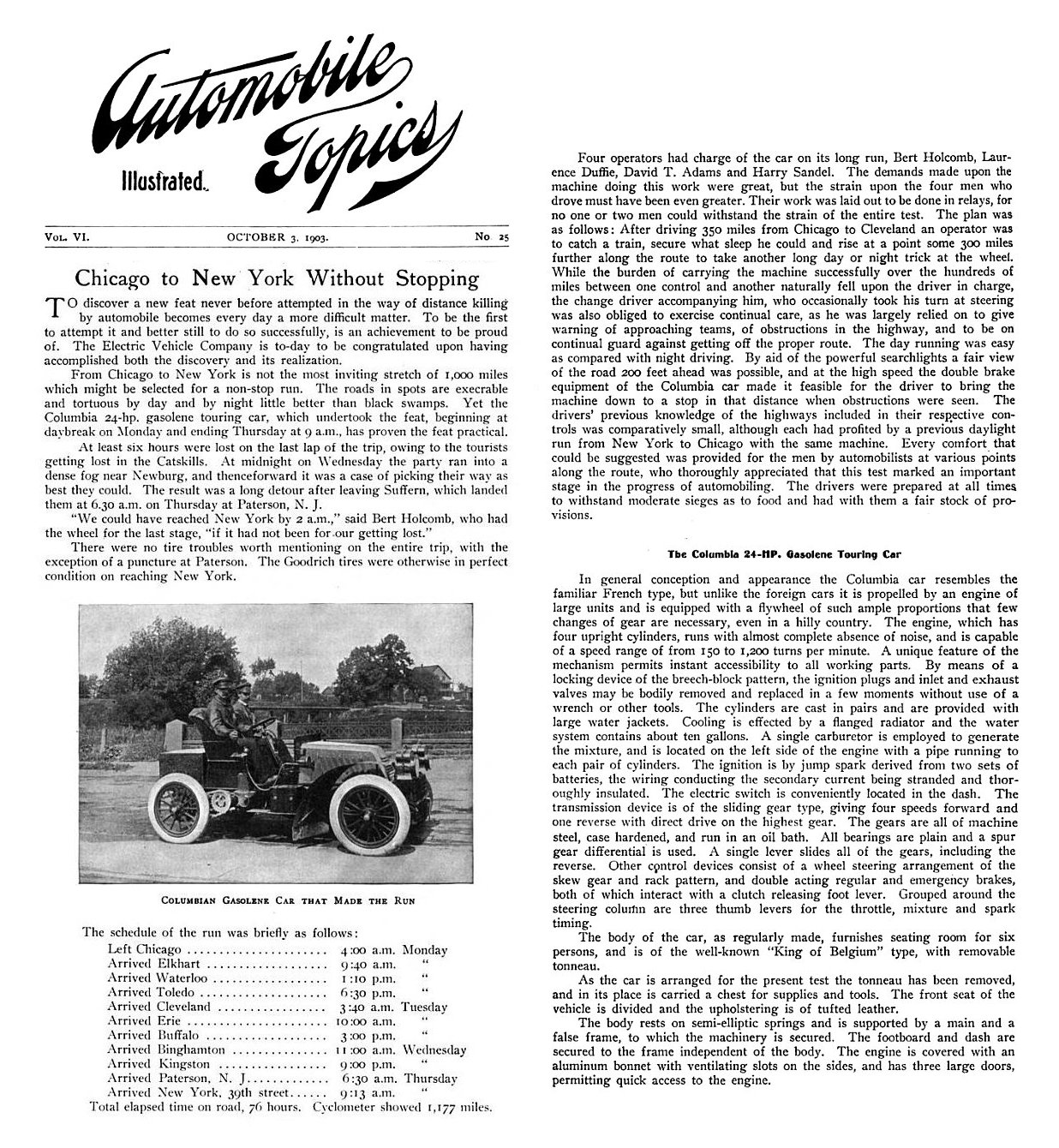 A novel record run is at present being attempted by the Electric Vehicle Company to bring their new 24 horse power gasoline touring car prominently before the public.  It consists in making a continuous run from Chicago to New York city in the shortest possible time, with proper regard to the safety of the drivers, the public and the machine.  Four skilled chauffeurs will take turns in driving the machine.  Two of these will drive the car through from Chicago to Cleveland, where their places will be taken by the other two, and they will proceed by train, some 300 miles, getting what sleep they can, when they will again assume charge of the machine.  While one of the occupants acts as driver the other looks out for approaching teams and keeps track of the route.

According to the prepared schedule of the route, 357 miles will have been covered approximately at Cleveland.  Erie brings the distance up to 452 miles, while Buffalo is 540 miles from Chicago.  From Buffalo the route is by way of Corning, 685 miles; Binghamton, 768 miles; Kingston, 925 miles, and New York, 1013 miles.  It is possible, of course, that the road conditions may make some detours necessary and appreciably lengthen the distance between some of the points.

The drivers’ previous knowledge of the highways included in their respective controls is comparatively small, although each has profited by a previous daylight run from New York to Chicago with the same machine.  The roads from Chicago to Buffalo are mostly level, but there are long stretches of sand and other places that are liable to be bad in case of rain.  From Buffalo to Kingston on the Hudson the road surfaces are fair, but there are many hills to be encountered. 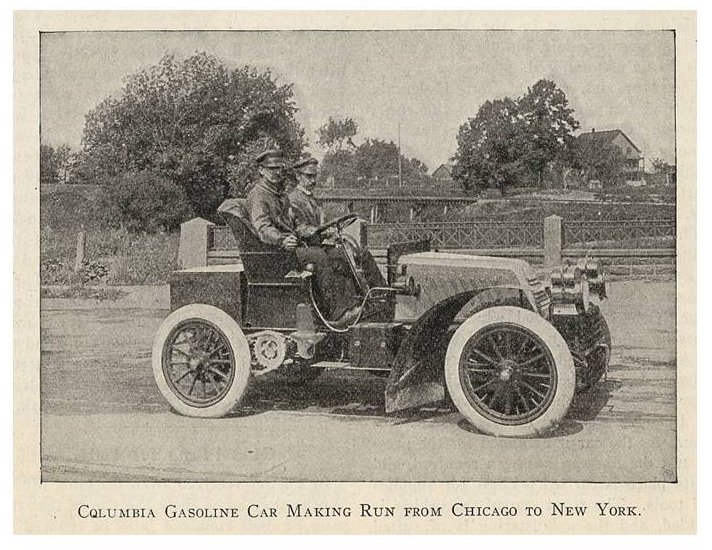 The four drivers are Bert Holcomb, Hartford (who is in charge of the run); Lawrence Duffie, demonstrator of the gasoline vehicle department of the Electric Vehicle Company; David T. Adams, of Hartford, and Harry Sandol of New York City.  [Note: As reported in the items below, R.W. Haroun (correctly, Harroun), who participated at the beginning of the run, was the fifth driver!  As seen on previous webpages, Harroun also took part in the 1904 re-take of this record.]

The car is the regular 24 horse power Columbia gasoline touring car.  The engine cylinders are of liberal dimensions in respect of the rated horse power, and a large flywheel is provided, which avoids the necessity of frequent gear changes even in hilly country.  The body of the car as regularly made furnishes seating room for six persons, and is of the well known “King of the Belgians” type, with removable tonneau.  As the car is arranged for the present test the tonneau has been removed, and in its place is carried a chest for supplies and tools.  The front seat of the vehicle is divided, the upholstering is of tufted leather.  The body rests on semi-elliptic springs, and is supported by a main and a false frame, to which the machinery is secured.  The footboard and dash are secured to the frame independent of the body.  The engine is covered with an aluminum bonnet, with ventilating slots on the sides, and has three large doors permitting quick access to the engine. 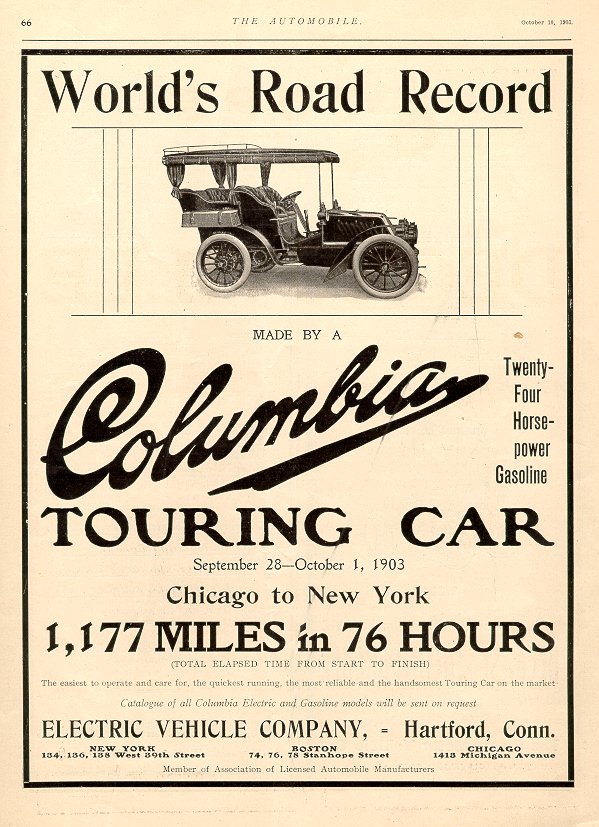 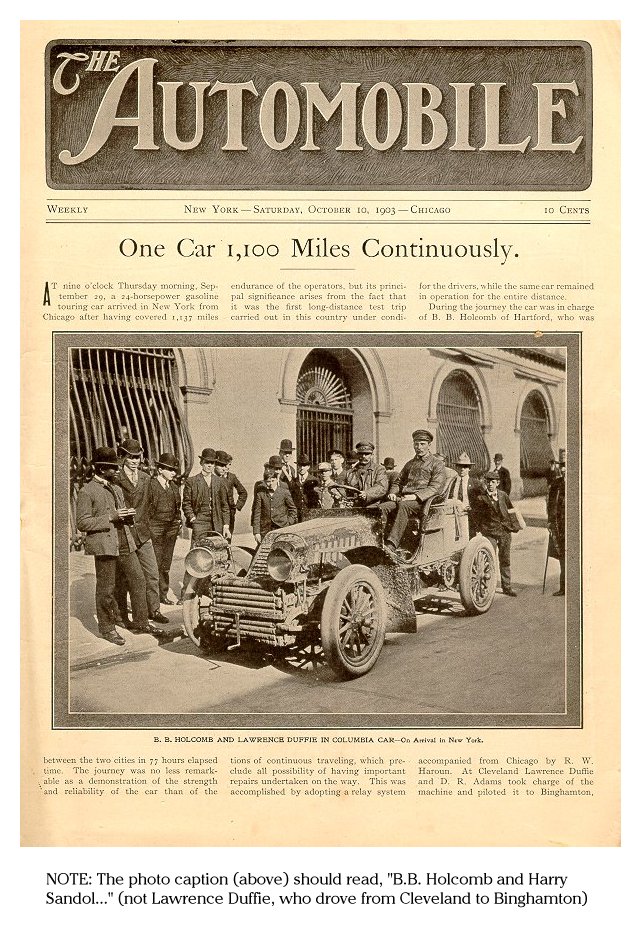 [NOTE: Immediately after this record was established, the Columbia Car and its drivers went on to an Endurance Contest from New York to Pittsburgh which was organized by the National Association of Automobile Manufacturers.  To see the Gold Medal they won plus photos of another adventure, click the link at the bottom of this page.] 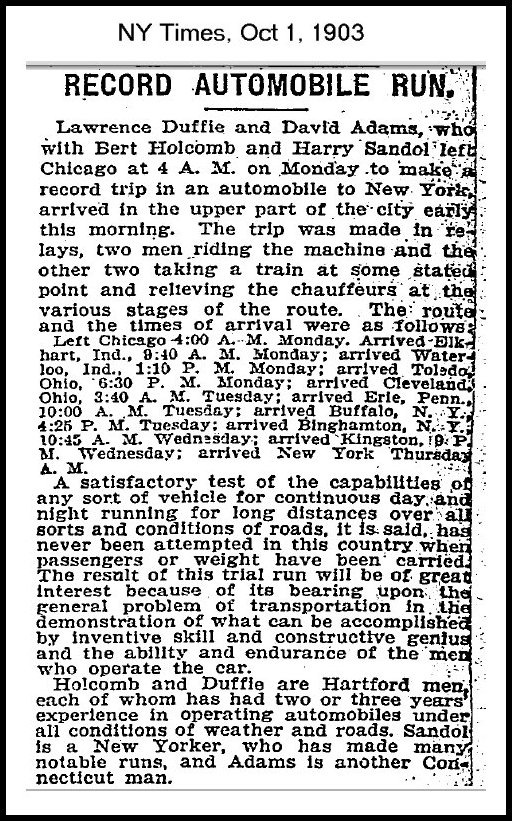 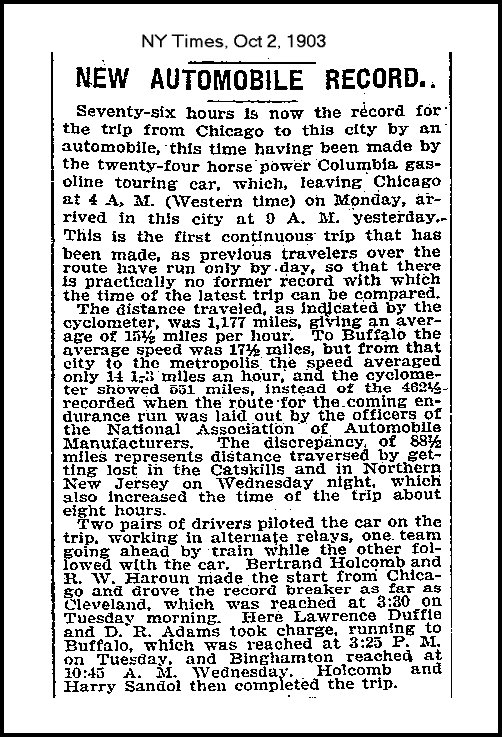 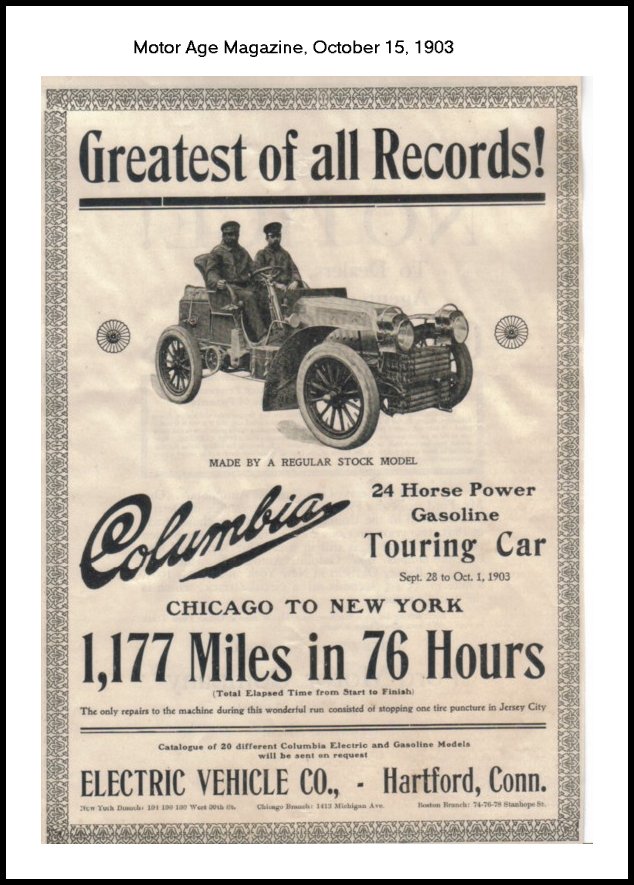 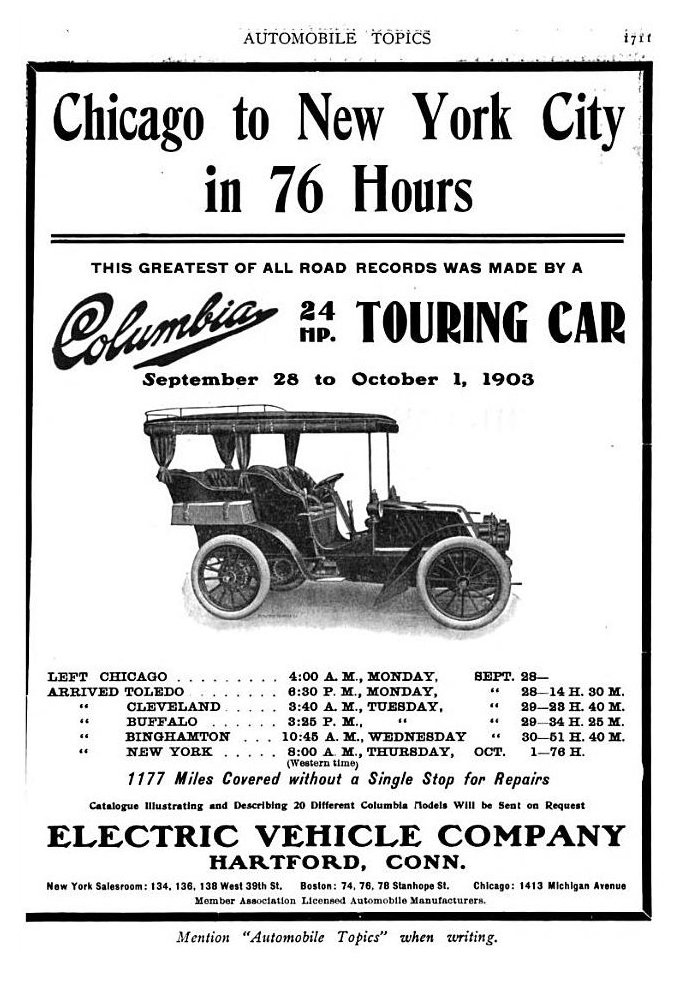 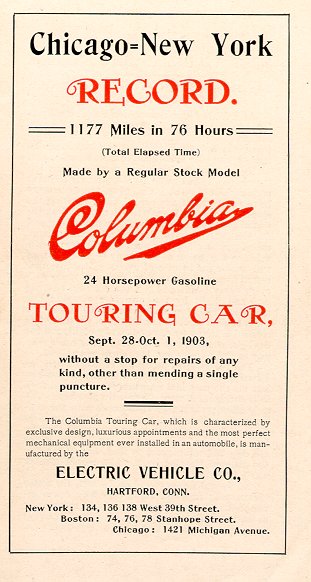 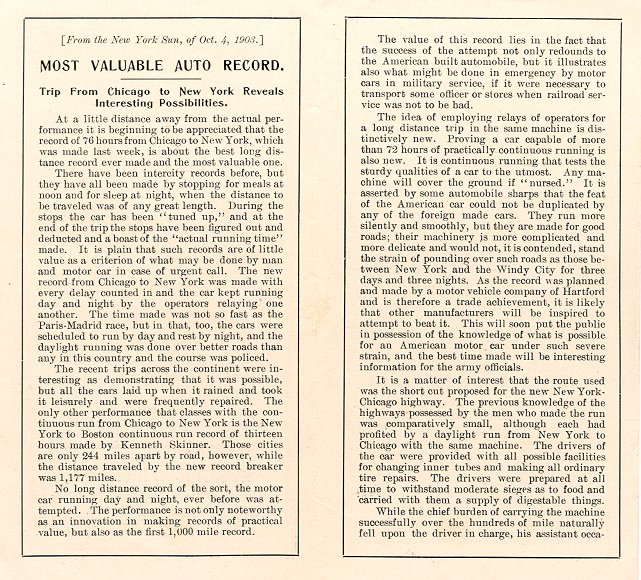 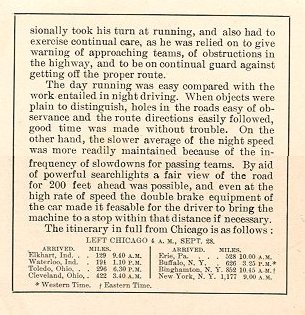 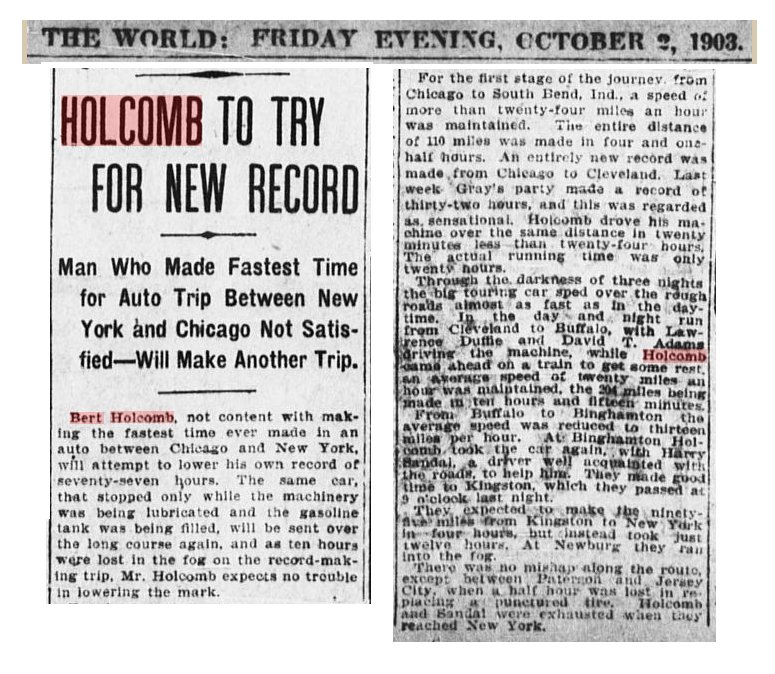 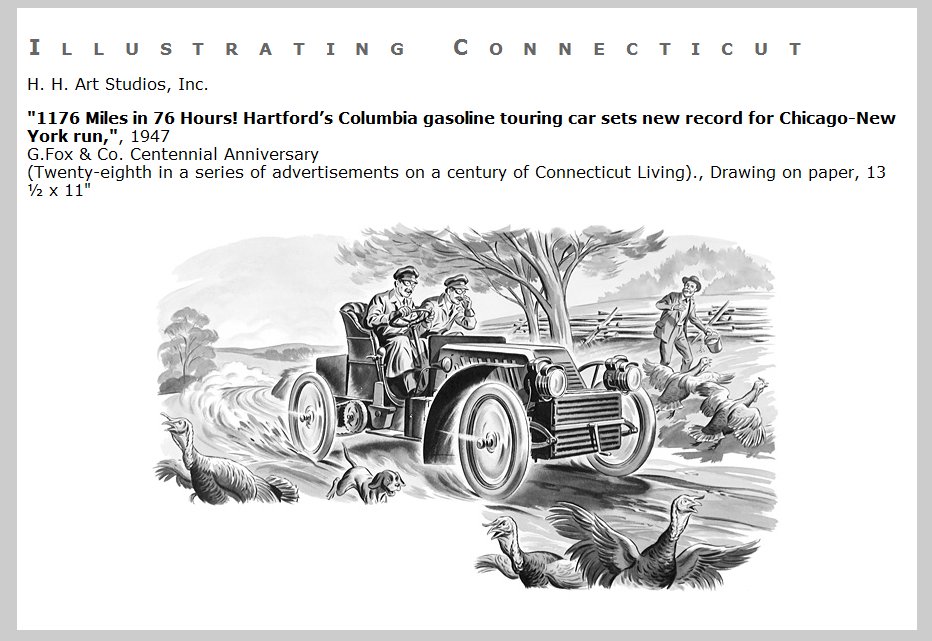 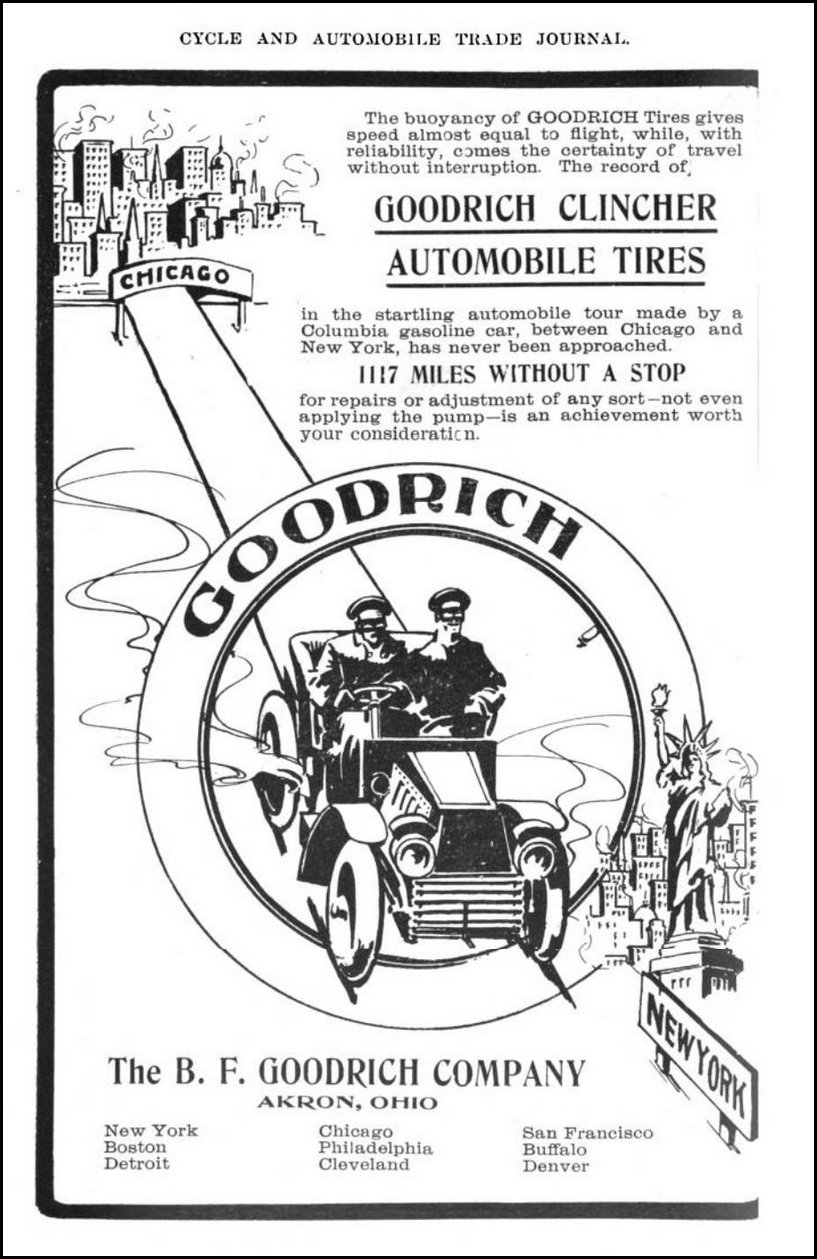 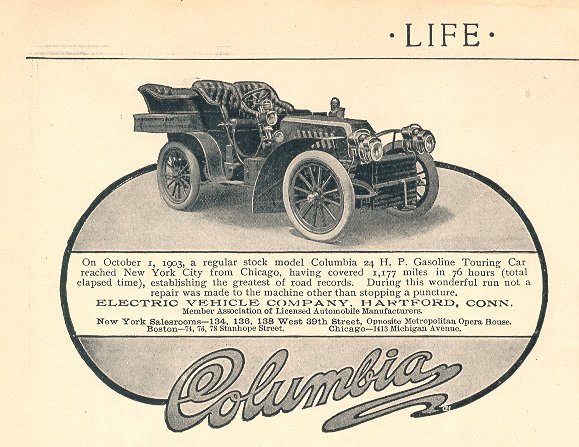 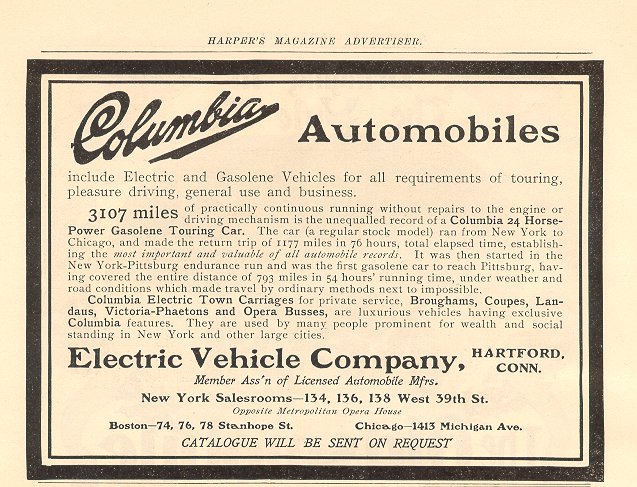 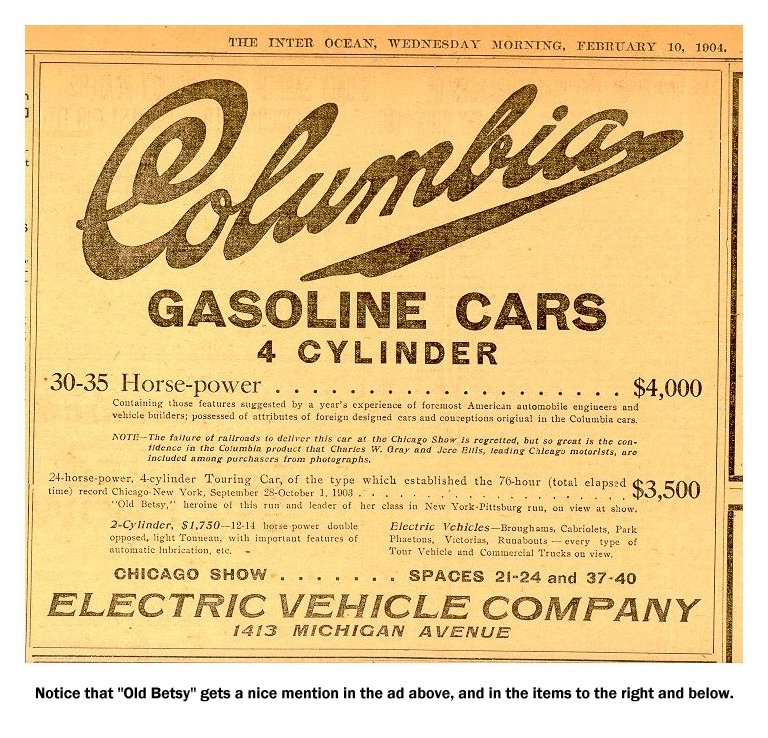 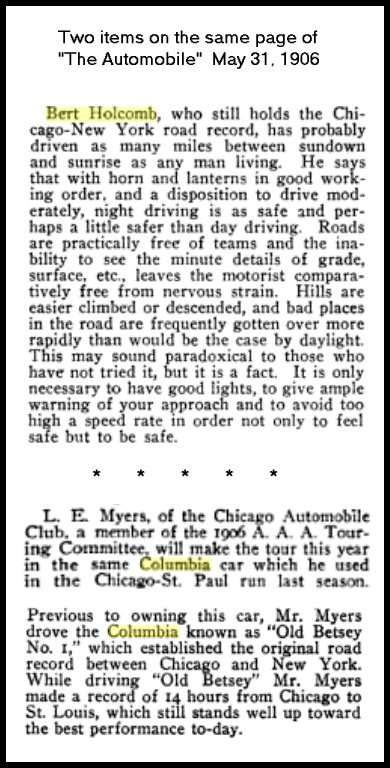 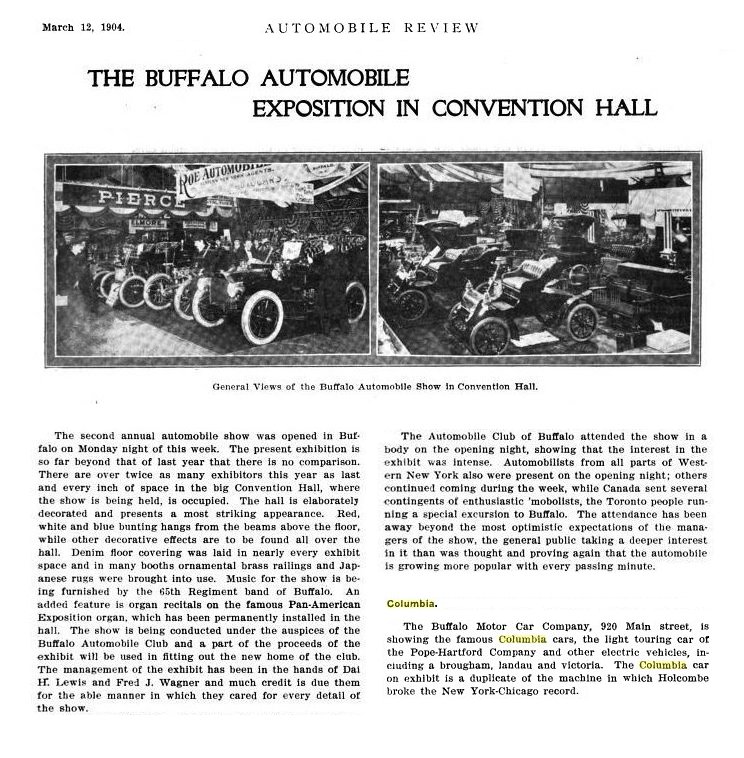 Motoring in the Republic of Mexico

Mexico City, April 16 --  (...) American touring cars of the best makes of from 12 to 24 hp are beginning to be seen here.  One of the finest cars is Julio Limantour's 24-hp Columbia.  The car is a duplicate of the Columbia which last fall made the record run from Chicago to New York in seventy-six hours, and won a gold medal in the October endurance run to Pittsburgh.  (...) 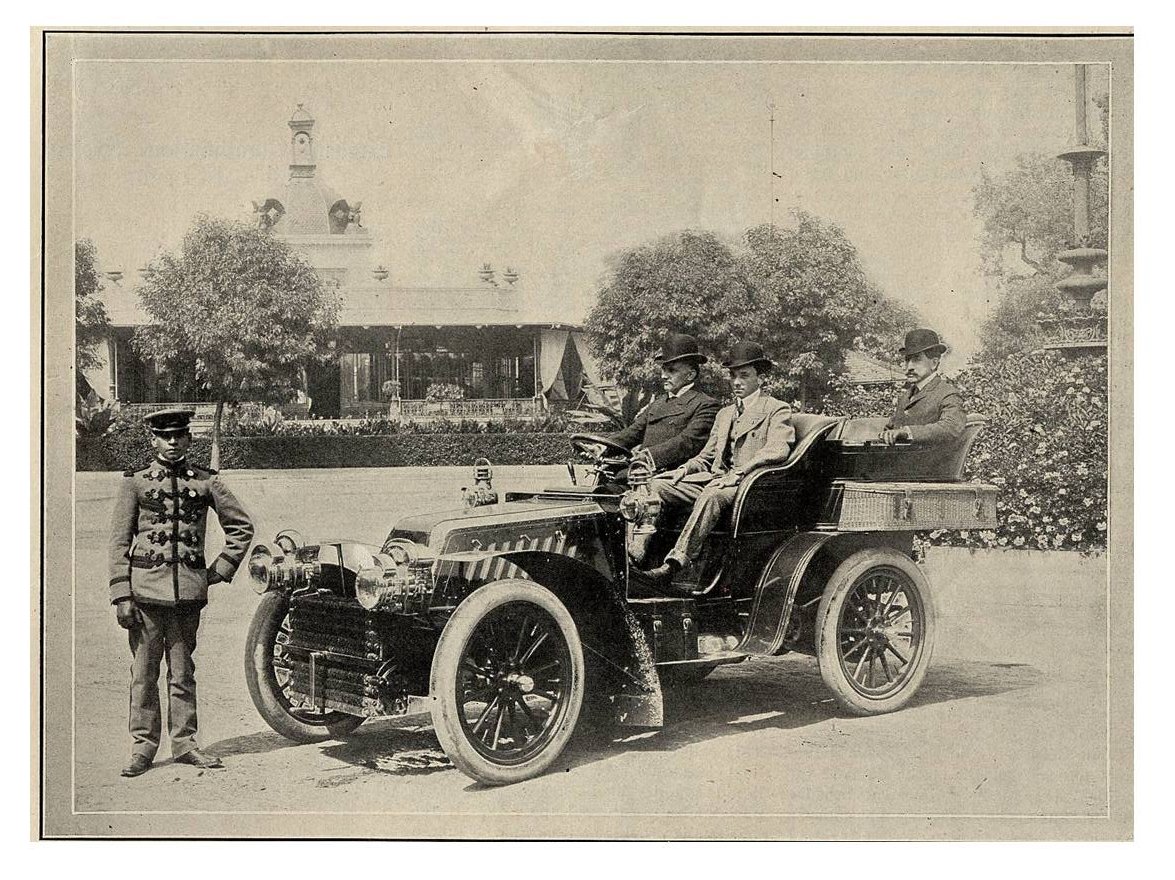 To see the Gold Medal which the Columbia Car won at the New York to Pittsburgh Endurance Contest, plus photos of another adventure, click HERE.