Contemplating the state of the blues in the Windy City

...In the black community, just like the country crowd is made up of
former rockers, blues was always the music that older black folks turned
to when they were too old to relate to soul music. In past decades there
was always a parallel black audience for the blues that was just outside
public sight: Bobby Rush, Willie Clayton, Denise LaSalle, Johnnie Taylor.
Sometime during the eighties, this kind of blues, more soul-oriented
than anything you'll hear in the North Side clubs, was eased off the black
stationsby this decade, you heard it mainly on specialty programs
(like Mr. A's late-night show on the otherwise classical WNIB-FM),
or on a station like WSSD-FM, which plays soul-blues all day, but
at 88.1 on the dial can only be heard on the South Side... 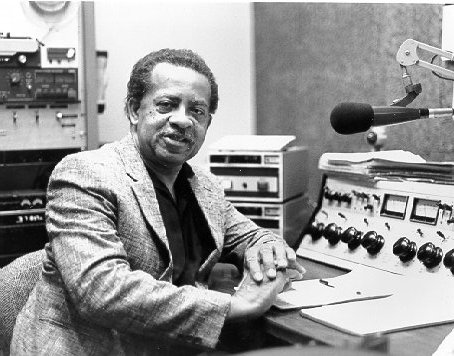 This notice was part of Robert Feder's TV & Radio Column in the Chicago Sun-Times on November 2, 2004.

Chicago blues fans are mourning the loss of Alfred Hudgins, who was known to generations of radio listeners over more than three decades as the legendary Mr. A.  Mr. Hudgins, who was 75, died last week in Crestwood after a battle with cancer.  Best known for his long-running overnight blues show on the former WNIB before it was sold in 2001, he most recently hosted a Saturday and Sunday morning blues show on WNDZ-AM (750).  He signed off for health reasons last year.  Services will be at noon Saturday at Gatling's Chapel, 10133 S. Halsted.