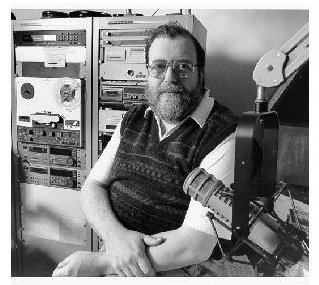 Diploma  (1968)
Evanston Township High School, Evanston, Illinois
Participated throughout in many instrumental and vocal ensembles, and was music librarian

(Professional)
FACULTY HONOR ROLL, NORTHWESTERN UNIVERSITY (2002-2003)
"In recognition of valuable contributions to students and the aim of higher education
as recognized by the student body of Northwestern University"

CONCERT DEDICATION, CLASSICAL SYMPHONY ORCHESTRA (February 4, 2001)
"In gratitude for his contribution to classical music for the past 25 years"  (Program)

Contributor of Interviews, Oral History of American Music, Yale University (2006-  )
-contributed copies of my original audio interviews and transcriptions to their permanent archive

Announcer/Producer, Audio Interviews for Lyric Opera Website (2004-2005)
-edited segments of my original interviews with "Jubilarians" (Honorees) for 50th Anniversary Season
(for more information and a link to the page, click here)

Lecturer, School of Music, Northwestern University  (2002-2004)  (Recommendation)
-taught regular credit classes in Music History to undergraduate and graduate students during the
fall, winter and spring semesters, and in the summer sessions

Announcer/Producer, Music in the Air Corporation (1988-1989)
[Corporation was dissolved in 1989 due to the terminal illness of its founder, John Doremus]
-announced*, wrote and produced bi-monthly and special programs for in-flight entertainment aboard:
♦ *United Airlines [Also used aboard Air Force One, the Presidential Airliner]
♦ *Delta Airlines
♦ Northwest Airlines
♦ Eastern Airlines

Contributor of Original Recorded Interviews, Personal Archives and Libraries (1980-  )
[As requested by the interviewee, guest, family, heirs, and/or management]

Webmaster, Internet Websites (1999-  )
-created, designed and maintained personal and professional websites for myself and others

Lecturer, Lyric Opera of Chicago (1975-1996)
-introduction to the evening's performance at various restaurants in downtown Chicago

Broadcast Engineer, WEFM, Chicago (1976)
-Engineered 3 overnight shifts as a favor to the management while the station was making the
transition from an all-classical format to other programming after its sale and litigation

Announcer/Engineer, WXFM, Stereo 106, Elmwood Park-Chicago  (1975-1976)
-Announced and engineered 2 weekend overnight shifts per week of Classical Music for 6 months
[This was concurrent with my full-time WNIB responsibilites, and was at the specific and direct
request of Ron Ray, who was the regular announcer/producer of Classical Music at WXFM]

Graduate Assistant to Dr. Thomas Willis, Northwestern University (1972-1973)
-prepared and gave lectures in Music History and Literature, and Music Criticism
-assisted in teaching of classes and seminars
-assisted in grading of undergraduate and graduate students
[To read the interview we did twenty years later (in 1993), click HERE.]

Recording Engineer and Stage Manager, Illinois Wesleyan University (1968-1972)
-responsible for care and light maintenance of all sound equipment in Presser Hall
-responsible for audio design and set-up of microphones for optimum recording of live performances
-recorded solo recitals and ensemble programs for the school and for the participants
-prepared the stage area and lighting for classes and public programs
-made necessary changes and adjustments to the stage area and lighting during performances

Librarian for the Music Department, Evanston Township High School (1964-1968)
-assisted the instrumental and vocal teachers with day-to-day needs of the music library
-made sure that parts were prepared and distributed to players and singers for rehearsals and performances
-set up chairs and stands for rehearsals and performances, and made changes necessary during performances
-won (unique) Service Award "for dedicated and loyal service to the E.T.H.S. Music Department"  (1968)

Junior Leader, Evanston YMCA (1963-1966)
-assisted the physical education instructors in running various classes, programs, events and activities
using areas and apparatus in the gymnasiums and the swimming pool
-assisted in activities and local trips for the Summer Adventure Club

Chorister (Boy-Soprano), St. Mark's Episcopal Church, Evanston, IL (1958-1966)
-sang in regular and special services and programs as a member of the (paid) professional choir of men and boys
-was awarded (rarely given) medal for singing  (1964)